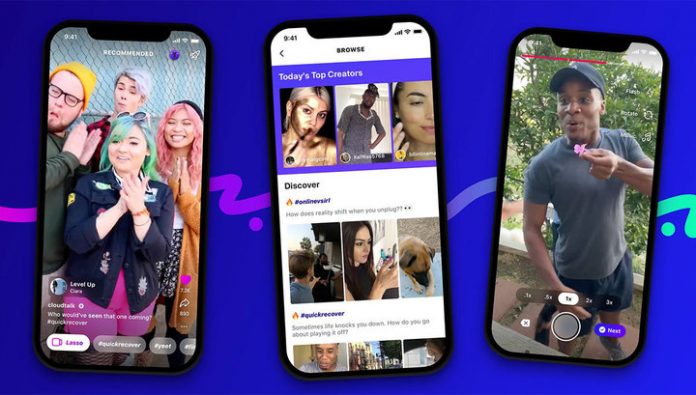 Facebook closes competitor Chinese TikTok — Lasso. Simultaneously will be closed and a clone of the Pinterest app Hobbi.

Lasso allowed to record video with length up to 15 seconds and add music on top. It was launched six years ago, and had to compete with the TikTok. But to entice the audience of the Chinese service and did not work.

TechCrunch suggests that the closure of the Lasso is connected with the launch of the service Reels in Instagram, which has similar functionality to record 15-second videos with music and special effects. Reels are available in Brazil, Germany and France.

background lock TikTok in India, the launch of the service from Facebook in this country could be successful. Recently government of India decided to block the country 59 applications from Chinese developers, including TikTok. These apps for iOS and Android, said in a press release, “harm the sovereignty and integrity of India as well as the defense, state security and public order”.

India is the largest market for service TikTok. Apart from him, were outlawed apps for video calls from Xiaomi (the largest seller of smartphones in the country) and an online store Club Factory (the third largest in India), messenger WeChat, Baidu maps, and UC browser Browser. Also the ban includes the game Clash of Kings file Manager and ES File Explorer.

the government stated that received “many complaints from a variety of sources” for these programs. As follows from the official reports, some apps have been convicted of “theft and hidden sending user data to servers outside India.”

Previously, chief operating officer of Facebook Sheryl Sandberg acknowledged that TikTok is a serious competitor. Top Manager of Facebook said that her children prefer to spend my time in TikTok.

In response to the question of if she was afraid of competition from the Chinese service, Sandberg confessed that Yes, while the video service is “growing very rapidly, and prominent figures they [TikTok] is reached faster than we are.”

the format of the TikTok is considered the opposite of apps like Instagram, where users often create some embellished perfect picture of life. Ironically, the growth of TikTok can be partly attributed to Facebook. The fact that ByteDance long been spending money on advertising applications on platforms like Facebook and Instagram, in fact, buying users from their biggest competitors.