The reigning world champion and leader in the current championship standings overtook the Ferraris of Charles Leclerc and Carlos Sainz Jr at the end of the 23 laps of the race. He also scored eight more championship points.

“It was a good race. I was flat out from start to finish,” Verstappen said after the finish. “The first laps allowed me to manage my gap and then I kept my pace. However, he stressed: “Tomorrow (Sunday) it will be much longer and you will have to be careful with the tyres. »

Behind the Dutch champion’s Red Bull, the two Ferraris fought a tight battle which turned to Charles Leclerc’s advantage.

“It was quite complicated. Max attacked at the start and I wanted to attack at the end. I fought well with Carlos (Sainz). I hope I can put more pressure on Max tomorrow and I hope we can work as a team,” said the Monegasque driver.

Sainz, winner of the last British Grand Prix last Sunday, felt he had made a “good start”. But the Spaniard clarified: “Maybe I overheated my tires a bit and finished behind Charles. »

The sprint race was also marked by a strong comeback from the Mexican Sergio Perez, Verstappen’s teammate at Red Bull. Starting 13th after being penalized by qualifying on Friday, he finished 5th.

The Spaniard Fernando Alonso (Alpine), on the other hand, was forced to retire from the start and will therefore line up at the back of the grid on Sunday.

The Austrian GP, ​​which starts at 3 p.m. (1 p.m. GMT) on Sunday, is the second of the three races of the season to feature a sprint race on Saturday, a format inaugurated last season and already used this year during of the Emilia-Romagna Grand Prix, at Imola, in April.

The top eight in the sprint race receive additional world championship points and its outcome determines the starting grid for Sunday’s Grand Prix. 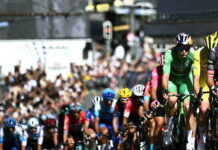 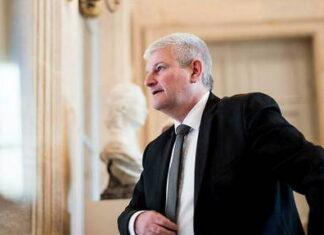