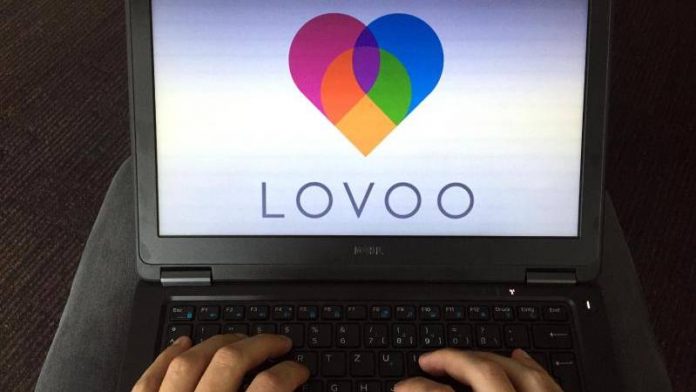 the Dating App Lovoo, it was, according to the research of the Bavarian broadcasting company it is possible to create detailed movement profiles of the users.

So you have to be able to draw conclusions on the living and working places of the user, since the location had been 30 to 50 meters is possible, according to the broadcaster on Friday. Accordingly, it is the data journalists of “BR”, a technical interface information from users in a targeted manner and in a large number in Munich to retrieve.

Lovoo, said on Friday night, as the Bavarian radio broadcasting company of his test results or methods are not to have, it was not possible to verify this. “Nevertheless, even if these are correct, we are not aware of any case in which a user, such as in the Test described pinpointed, let alone in any way been harmed.” Prior to the publication of Research Lovoo have taken measures to ensure that the location of users could not be accurately determined as at 1000 meters. In addition, we have been the multiple query of the location of users in the area be restricted to prevent Triangulation.

Like other Dating Apps Lovoo shows users a radar function, which users of the App are also in the vicinity. With the help of a simple geometric measurement procedure three different dial-in points could be the location much more accurate up to 30 meters, determined, declared the Bavarian radio. Combine the location history could also be made with other profile information such as sexual orientation or the stored images. Lovoo said, sexual orientation is not part of the publicly viewable profile.

Over a span of five days, the data journalists gathered, therefore, a created profile, the data from nine different locations. Every 15 minutes you would have to get information about users that were in the area, including age, gender and profile picture.

IT security expert Linus Neumann of the Chaos Computer Club (CCC) warned that abuse is never completely excluded: “In the Moment in which I pieces of data as a user of my site with strangers, of course there is always a risk. Even if the data is inaccurate be deposited, would be always visible, in what city and in what part of town I am and where I move on a regular basis.” Neumann advised the App operators, restrict the use of the interface, how many queries it is allowed to send in a profile. So that you could prevent a profile within seconds, queries of three different locations. Also would it be possible, the number of Dating partners, narrow it down to the a are displayed.

The Dating-App-the operator informed the “BR”: “in Order to protect our users’ information, we use a variety of technical and organizational measures.” So about only inaccurate coordinates and distances would be sent to the user. The rich, however, apparently is not, concludes the “BR”. In the case of other Dating Apps such as Tinder, a precise location of the site from the outset, it would hardly be possible.

Reuters topics in this article, BR motion profile, Munich, Apps, New Digital Messenger, Whatsapp cracked: So a Hacker can manipulate your Chats By Malte Mansholt display star travel worlds football trip to Madrid or Barcelona incl. Flight & Ticket from € 399 Smartphone market, Samsung is trying to copy Apple’s recipe for success – and is once again failed By Malte Mans premiums get increased, you Apple can hack? The can you: to the millionaire DPA Tricks for smartphone owners make This error when Charging will make your battery broken Galaxy Book S Samsung new Laptop is thinner than the Macbook – and holds up to 23 hours by Christoph Fröhlich Samsung’s new top models from Samsung makes the Galaxy Note 10 to the savings model and the Fans are upset By Malte Mans, Internet telephony, Microsoft brings grants Skype-to-Skype calls are part of employees to play DPA listened to From 18 Euro Edeka sells cheap licenses for Windows and Office-but there is a big hook Of the painted Mans iOS 13 get Apple’s new privacy Feature will be a Problem for Facebook and Whatsapp By Christoph Fröhlich Internet – security UN report: North Korea’s cyber army with raids for a billion in a REUTERS 40 new Levels Mahjong-for free Now! Play APT28 Microsoft warns: Russian Elite hackers to access it via printers and phones to Of painted Mans Hotline frustration get the phone-customer service has a bad reputation – but it could be much worse By Malte Mans Right order iPhone models brings in the comparison: The Smartphones from Apple’s Popular Apps Instagram and Whatsapp are different are given new names – behind the DPA, Amazon Echo Alexa-recordings will be evaluated from time workers in Poland, so you can prevent it By Malte Mansholt Mohammed “MoAuba” Harkous Werder Bremen’s first German Fifa world champion Fierce conflict Huawei defies the United States – and begins in Europe, the 5G network expansion DPA cyber crime, The digital Front: So the Bundeswehr is preparing itself against Hacker attacks By Ruben Rehage Streaming So want to to the Netflix App, suddenly access to your Fitness data, iPhone rumors iPhone 2019: This upcoming Feature Steve Jobs had to get mocked By Malte Mans