Arms, budgets, sorting: the “flash mission” on unscheduled care gave Matignon its 41 proposals on Thursday to overcome a “high risk” summer in the emergency services, according to the draft report that the ‘AFP procured.

Dr François Braun’s prescription is in the hands of Prime Minister Elisabeth Borne.

A 60-page document, which the president of Samu-Urgences de France presented during a “working meeting” in Matignon, in the presence of the Minister of Health Brigitte Bourguignon, Health Insurance and the federation of patient associations France Assos Santé.

A “non-final version”, which was to be amended at the end of this meeting, Mr. Braun told AFP. The final version will therefore reveal in hollow the arbitrations of the executive.

Because the head of government must now decide among 41 recommendations supposed to “facilitate the management of this high-risk summer period”.

Dr. Braun and his association had already alerted to the symptoms of this crisis, by identifying at the end of May 120 emergency services forced to reduce their activity or preparing for it. This had led President Emmanuel Macron himself to entrust him with a “flash mission” to provide “very strong answers”.

Too many patients, not enough caregivers: the impossible equation spares no hospital, including large university hospitals such as Bordeaux, Toulouse and Grenoble, recently forced to restrict access to their emergencies.

To save what can be saved, the “flash mission” recommends “regulating admissions”, either with a “paramedical triage at the entrance” to the emergency room, or by “systematic prior medical regulation” by the telephone switchboard of the Samu.

The report even suggests limiting access in places to only “vital emergencies”, in particular at night, this “partial suspension of activity” which should make it possible to “pool the means of several services on a single site”.

Measures rejected by the spokesperson for the Association of Emergency Physicians of France (Amuf), Christophe Prudhomme, who denounced on Twitter “the end of public service open 24 hours a day (…) with the consequence of deaths preventable”.

“We do not want telephone waiting standards to replace emergencies”, for her part reacted the Vice-President (LFI) of the National Assembly Caroline Fiat in a press release, fearing a “collapse of Samu services”.

However, the mission wants a major information campaign on the “before you go, call” mode, as well as an “upgrading of the workforce” of medical regulation assistants (ARM) to absorb the increase to be expected in calls to 15.

Other budgetary efforts are requested to better pay independent doctors in regulation (up to 100 euros gross per hour “tax-free”) and in consultation (with an increase of 15 euros per act requested by the Samu).

Ditto for hospital staff, with a revaluation of night work and bridges on July 14 and August 15, as well as a bonus for psychiatric, pediatric and gynecological emergency teams.

No trace, on the other hand, of any obligation of individual custody for city doctors, fiercely opposed to this type of constraint.

In a rare sacred union, twenty organizations of liberals and hospital workers defended at the beginning of the week “the principle of collective and concerted responsibility” to “organize territorially (…) the permanence of care”.

The “flash mission” received a rather favorable reception from the tempestuous president of the UFML union, Jérôme Marty, who welcomed “proposals that go in the right direction”, but also regretted “pious wishes in the absence of effectors” to care for the sick.

The SOS Médecins association, on the other hand, deplored in a press release that this report “omits the role of the home visit” and demanded the same bonus of 15 euros for its interventions.

“It’s not enough,” also told AFP the president of the Order of Nursing, Patrick Chamboredon, who would like his profession to obtain “extended skills” in order to “manage a chain of routine care to unclog the emergencies”. 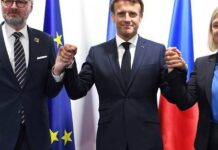