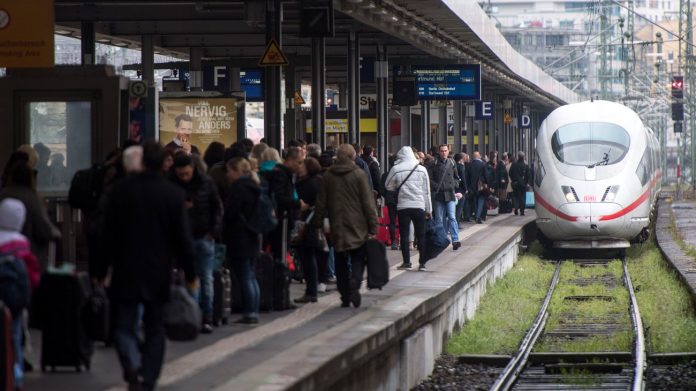 After many delays, this year there is a change in the top of the Deutsche Bahn. Philipp Nagl is the new long-distance transport Board. The previous roadmap-in-chief replaces Kai Brüggemann, “laid out his position on the Executive Board at his own request and left the company” has left, like a railway spokesman on Sunday announced in Berlin. Nagl joins the Board of Directors of the subsidiary DB fernverkehr and is now responsible for, to improve the punctuality rate.

In October, the railway had reached the second-weakest rate this year. Only 71.8 percent of the long-distance trains arrived on time. As the time a train reaches less than six minutes after the scheduled time target applies to the Definition of the web. The reason for the many delays in October, an ICE-fire, which led to a block on the track Cologne-Frankfurt was, according to the company.

train-in-chief Richard Lutz had set for this year, a punctuality rate of 82 per cent in the case of long-distance trains to the destination, but already in July. Instead, it would be likely for 2018 with a rate of under 80 percent. In August, the German press Agency had reported that an internal Letter to the executives of the company, in the Lutz announced to the Tardiness decided. “We are not only our customers but also our employees to be guilty.”

meanwhile, in the European Union new passenger rights negotiated. The EU Parliament calls for to compensate rail passengers for delays higher. Last Thursday, the Parliament adopted in first reading a corresponding template. In the event of delays of up to 90 minutes, 50 percent will be refunded for delays between 90 minutes and two hours, 75 per cent of the price. In case of missed connecting trains passengers will have no additional cost, be entitled to a seat in the next train. This shall also apply if the bookings were made separately. So far, the Deutsche Bahn is obliged, in case of delays up to 90 minutes, 25 percent to reimburse for delays up to two hours for 50 percent of the ticket price.

the new rules as of 2020 for all rail companies in the EU, whether public or private. Currently, the European rules apply to the passenger right from the year 2009. A revision of the regulation, the European Parliament decides jointly with the Council of the EU-member States. These have not yet agreed on a common Position. Parliament and Council must negotiate a compromise.