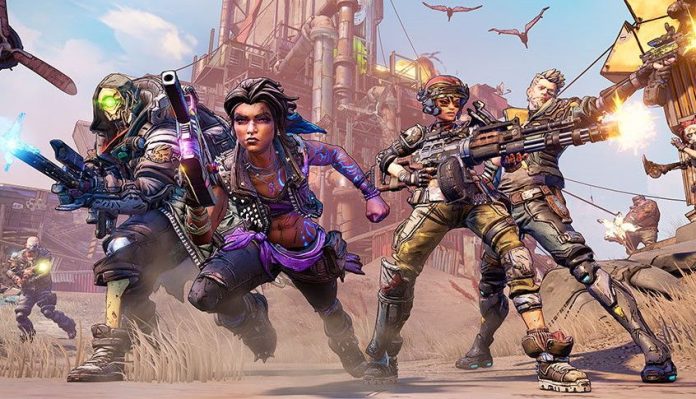 Gearbox boss Randy Pitchford announced that crossplay would be coming to Borderlands3 in May. Today’s update made this possible. This means that players on PC and Xbox can now work together to shoot and loot as many times as they want.

Crossplay Display names are required in order to get involved. You’ll be asked to create one after the update has been installed. It’s optional. The handle you choose must be between 3-16 characters in length, begin with a letter, and include a-z or A-Z, 0-9 or non-consecutive underscore or hyphen. It should also contain a period/full stop characters.

The PlayStation is not on the list of supported platforms, as you may have noticed. The reason for the PlayStation’s exclusion was explained in May. However, the short version is that Sony wants a cut of any crossplay games it allows. 2K, Borderlands publisher, didn’t want to pay. Until either side relents (which seems unlikely), PlayStation players will not be able connect with non-PS friends.

Today’s update also launches Revenge of Revenge of the Cartels. This event is identical to the 2020 Revenge of the Cartels and pits players against Joey Ultraviolent (and his gang of neon flunkies). Completing challenges will earn you themed cosmetic rewards such as the Cosmic Ring ECHO Device skin and the Pandora Sunset weapon trinket. My favorite is the Framed Tenderizer bedroom decoration (based only on its name).