The Renew / LREM MEP, Pascal Canfin, former member of EELV, deplored Sunday on France Inter a political ecology committed according to him “on the paths of the far left” after the conclusion of the NUPES electoral agreement between the main left-wing parties.

“Engaged in politics with Daniel Cohn-Bendit, very pro-European (…) I note with sadness, because I was part of it, that French political ecology is going down the paths of the far left, of European disobedience and it saddens me because it is totally ineffective in terms of the climate”, commented this official.

Pascal Canfin thus contrasted the strategy of NUPES vis-à-vis Europe with that launched by President Emmanuel Macron in his speech delivered at the Sorbonne in September 2017.

This text, according to him, “defines the roadmap for the transformation of Europe, but not through disobedience, through dialogue, through negotiation, through conviction”. Contrary according to Pascal Canfin, the Greens “turn their backs on their history”.

Aiming this time at the Socialist Party, the Macronist MEP mentioned a report published last week by the social-democratic think tank Terra Nova.

In this document, Terra Nova considers that “the program of public spending and increased corporate taxation carried by the Popular Union (?) would immediately result in an explosion of public deficits and unemployment and in an unsustainable dynamic of the public debt”.

According to Terra Nova, “within a few months, the People’s Union government would be forced (?) to submit to an unprecedented austerity plan and beg the support of our partners, or else enter the chaos of the exit from the euro which would cause an economic heart attack”. 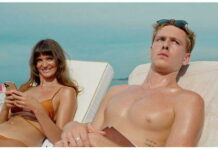