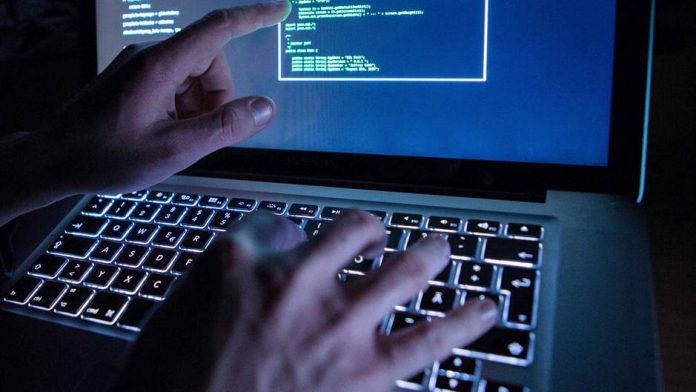 There is a RAID in three countries: investigators in Germany, France and the Netherlands, dwellings and business of the hosting platform, “Share-rooms-Online.biz” is searched and evidence seized. On the platform pirated copies of movies, TV shows and other content were widely used, it was the largest page of this kind in Germany. By the operation of the platform, the suspects are supposed to have according to the public Prosecutor’s office from April 2008 to October 2017, with a turnover of more than EUR 50 million.

according to The authorities, unbelievable data to ensure “amounts”, as a spokesman for the Prosecutor’s office of Cologne-based Central point of contact Cybercrime NRW announced on Thursday. In addition to the main suspect, the Uploader could get to the finish of the investigator. But now users have a fear of warnings, which is on the platform of illegal content is downloaded? The evaluation of the copyright specialist lawyer Christian Solmecke.

“unlike file sharing, where a determination of IP-addresses is easy, the hosting, the IP address of the illegal Portal. This store frequently does not have an IP addresses, so that a determination of the users likely to be possible only if they are registered with their real names. And even if the IP address has been saved, it is because of the low storage period to the Provider is only within a few days, traceable. If clear names are actually stored, could be an approach, however, is easier and cheaper to determine than the name of the owner behind an IP address.”

the users Were determined, could the right holders, whose works on “Share-Online.biz” were offered, on an inspection of files at the Prosecutor’s office the data and the users is theoretically admonish. “Users of the works downloaded only for private purposes, or have streamed violate copyright, when the source was obviously illegal. The European court of justice (ECJ) has decided in the year 2017, in its judgment, ‘Filmspeler’. Obviously, illegal the free offer of the latest movie blockbuster or a brand new series on a pay channel like Netflix, for example. Here users must be clear that these are not offered for free elsewhere on the net,” said attorney Solmecke.

“However, the damage is regularly much lower, because there are no files or Streams more widely available, but only to be consumed. Therefore, the right holder may have no interest in a course of action against these users. So far there has been no cease and desist orders for illegal Streaming or mere Downloads. Therefore, I don’t expect now, with a warning wave against private users. Is not excluded, however, that this case will set a precedent.“

cf topics in this article Germany, the file-sharing Solmecke IP address in Prosecutor’s office RAID in France, the Netherlands series public Prosecutor in Cologne, NRW’s New in Digital International action RAID on a large file-sharing platform “share-online.biz” DPA display in star journey of the worlds London football trip to Premier League with a flight from 479 Euro Quiz Odin, Thor, and evil giants – how well do you know the Norse mythology? Gernot Kramper friendship proposals With these creepy methods of Facebook wants to find out whether people know Of Malte Mansholt Stiftung Warentest These six simple Tricks to make your Wi-Fi better Live on Twitch transferred Five people watched live the attack in the hall – this is the Video Of Christoph spread Cheerful shock for customers Large Sex Portal hacked: 250,000 E-Mail addresses will be language offered on the Internet speaker spy in the house: So Alexa, Google and co. to listen secretly By Malte Mansholt quarter forecast Bad Numbers in the core business: Samsung pulled out all the stops to win a DPA speaker Red, yellow speech and blue: the colored rings mean the Amazon Echo Of the painted Mans justice posse murder suspect gets got GPS ankle bracelet removed – because he is not paid a subscription fee of 40 new Levels of Mahjong – free to play! Social network play”, I would have been fired”: Leaked recording reveals how Zuckerberg really thinks Of Malte Mansholt iPadOS Appears today: Apple’s most important Update in years, Of the painted Mans fall detection brings rescuers Apple Watch mountain biker, life wakes up after the fall in the ambulance on By Malte Mansholt New iPhone System iOS 13: the ten functions of Apple has come to get a good hiding From the painted Mans dark mode, Gestures, and Memoji iOS 13: for These Features to your iPhone By Malte Mansholt North Korea, US authorities are warning: Three of these Hacker groups to bring Kim Jong-un billion a painted Mans IFA brings to 2019 Wifi 6: Now the Wi-Fi starts Revolution for ultra-fast home networks By Malte Mansholt Pupswolke, Ballerina Pose, and co. use This Emoji, you are guaranteed to always be wrong Hacker attack Giant iPhone-spying: Is the Chinese government behind it? By Malte Mans pirated brings “More to offer than Netflix”: FBI takes illegal Streaming service Jetflicks high By Malte Mansholt