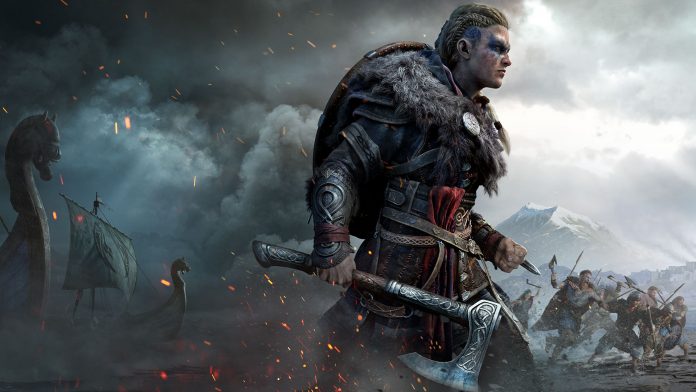 Ubisoft wants to create an endless stream of Assassin’s Creed content, as if the series wasn’t already a rich source of entertainment.

The codenamed “Assassin’s Creed Infinity” is a live-service video game that will grow and evolve over time. According to a report by Bloomberg, Infinity will be stitching together different settings with the possibility to develop and expand each one after launch. Bloomberg claims that Ubisoft was inspired by Fortnite’s longevity and Grand Theft Auto 5’s success, which continues to make Epic Games (and Rockstar) a ridiculous amount of money.

Ubisoft Quebec and Ubisoft Montreal usually work together to create each version of Assassin’s Creed. Infinity will be a joint effort by the two divisions, with Marc-Alexis Cote in Quebec leading overall. Each studio will have its own creative director. Ubisoft Quebec’s Jonathan Dumont and Ubisoft Montreal’s Clint Hocking will be heading that role. Bloomberg speculates that there may be some friction between the studios’ sometimes bitter rivalry.

“Rather than passing the baton from one game to another, we believe that this is an opportunity to allow Ubisoft’s most loved franchises to grow in a more integrated, collaborative manner that’s less focused on studios and more on talent and leadership, regardless of where they are located within Ubisoft.”

Ubisoft’s post fails to mention that many of those who were harassed last year are still in charge of the reorganisation. Reporter Jason Schreier tweeted that “Several men accused in abuse still hold the lead positions after this reorg,” A Ubisoft spokesperson stated that they had their cases reviewed thoroughly by a third party, and either exonerated of were subject to appropriate disciplinary action.

Ubisoft insists that everything is fine now, but nobody is convinced. Ubisoft CEO Yves Guillemot stated earlier this year the company had developed a “clearer and more comprehensive and more actionable code of conduct” to assist in reporting harassment or abuse. Ubisoft is still in hot water, despite employees saying that nothing has changed over the past year and Schreier making new claims.