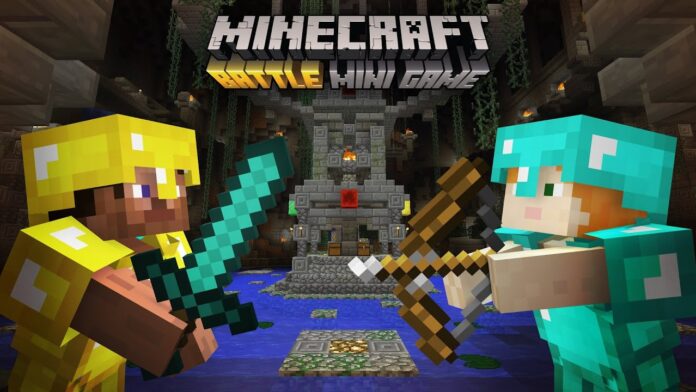 There’s nothing better than finding a brand-new video game that completely entertains and keeps the players engaged. Video games have the power to bring people together whilst also providing a form of escapism to others to help them forget their woes for a short period of time.

The only thing that is better than a great video game is a mini-game that is even more entertaining. Sometimes, mini-games can even steal the spotlight from the core gameplay and can even lead to a spin-off game based around the mini-game that surpasses the original.

Most mini-games give developers the chance to experiment with creative ideas and develop something both unique and unexpected. There are many mini-games out there, but not all of them are successful or captivating. Read on to find out what the best mini-games are.

There’s no denying that The Witcher 3: Wild Hunt completely changed The Witcher series. Prior to this, most of the series was only available to PC players and had a moderate fan base. The Witcher 3: Wild Hunt is seen as a masterpiece for many reasons, but most agree that it’s the world-building through side quests, characters and the mini-games that makes the game stand out for all the right reasons.

Gwent is the stand-out mini-game from The Witcher 3 and is a fast-paced card game that is all about the clash of two armies locked in a struggle on a battlefield. Throughout the game, players can build up their deck and collect new characters through cards. The game became so successful that two spin-off games were created based on Gwent with Thronebreaker: The Witcher Tales and Gwent: The Witcher Card Game. Gwent is even played in various Esports competitions with cash prizes reaching up to $50,000!

As a prequel to the cult video game series, Yazuka 0 is the king of mini-games. Each of the Yakuza games contains incredible mini-games such as Dragon Kart in Yazuka: Like a Dragon and Karaoke in Yazuka 3, but none quite have the scope of Yazuka 0’s mini-games. In Yazuka 0, there are many mini-games including fishing, bikini fights, slot car racing, baseball, dancing and even singing.

The cabaret club mini-game is the greatest in Yazuko 0 and could easily become its own game in the future. As the name suggests, players run a cabaret club with a whole team of hostesses. The purpose of this game includes pleasing customers and gaining as much cash as possible. Hostesses can be given makeovers and each has their own skills making for a genuinely fun mini-game that feels like a completely different game.

There are many video games that feature casinos, but Dead or Alive Xtreme Beach Volleyball is one of the best video games that feature gambling. Despite the series being known as a fighting game, this spin-off game was centred on romancing the fighters through a whole host of mini-games such as volleyball, pool hopping, rock climbing, butt battles and tug of war.

As the game is all about gaining money to buy gifts for the girls, the casino is the hot spot and lucky players may even win the jackpot. Many video games have tried to replicate a casino, but none quite as well as Dead or Alive Xtreme Beach Volleyball. At the casino, players will find roulette, blackjack, poker and slot machines to give the full Vegas experience without ever leaving home.

Both the original Final Fantasy 7 and the remake contain a whole host of mini-games to split up the epic and long story. Whilst most fans of the game were entranced by the strong characters and the world of Final Fantasy 7, the mini-games easily create the best moments of the gameplay. There is a matchmaking game for a creature called Mog, Chocobo Racing and even a casino at the Gold Saucer.

Easily the most memorable mini-game is snowboarding which is first available from the Icicle Inn and then becomes playable on the second floor of the Wonder Square. There are three courses where players collect balloons and avoid obstacles. This mini-game became so beloved amongst Final Fantasy enthusiasts that Square Enix released a spin-off game called Final Fantasy VII Snowboarding which is literally all about snowboarding.

As one of the best selling games of all time, Red Dead Redemption 2 sold over 43 million copies becoming a hit amongst players and critics. Rockstar is known as a developer that rams each of their games with enormous open worlds, tremendous dialogue and amazing activities for players to experience. Red Dead Redemption 2 is no exception and contains loads of mini-games to play throughout the Wild West.

Naturally, there are typical mini-games such as fishing, hunting and other casino games such as blackjack and dominoes. However, this game also includes the wince-inducing knife game called Five Finger Fillet which is a test of courage and coordination. The Five Finger Fillet is the perfect game for Red Dead Redemption 2 as it’s dangerous and exhilarating perfectly encompassing all that’s brilliant about the game.

When people think of Sonic the Hedgehog in video games, they often picture collecting rings, fighting Dr Eggman and going faster than the speed of light. In Sonic Adventure 2, players were provided with a release from the craziness and intensity of Sonic’s adventure with a place called the Chao Garden where players can breed, nurture and train strange creatures called Chao.

Inspired by Tamagotchi, players must take care of the creatures in this garden just like they would any other pet. These creatures can also be trained to compete in Chao Races or Chao Karate and even attend a special Chao school. Ultimately, this mini-game feels like a full-on pet simulator that could even rival Nintendogs or Little Friends. The Chao Garden mini-game could easily become a fully-fledged spin-off game that would most definitely be successful on mobile consoles such as the Nintendo Switch.

Grand Theft Auto is notorious for crazy drivers during the game and there is crime around every corner throughout each of the titles. That is exactly why being a taxi driver is so amusing as the player must try to dive through the chaos of the streets. This can either be a much-needed break from the frenetic violence or another way to create more havoc in the game.