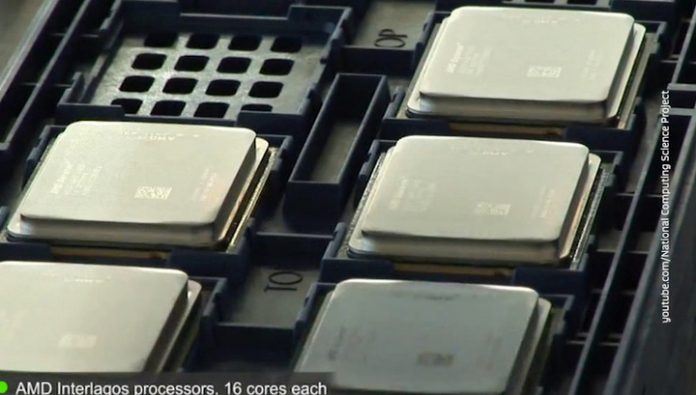 Hackers successfully attacked several supercomputers in Europe and established for them a program for mining cryptocurrency, and it is said the first such case in history. Already there are confirmed reports from the UK, Switzerland and Germany, according to some hacked also computing centre in Spain. The first attack was discovered a week ago. The goal was the Archer supercomputer at the University of Edinburgh. It takes 334 in the list of the most powerful cars in the world. Then hacking said in Germany, there is the attack of seven supercomputers. Similar reports came from Zurich and Barcelona.

Versions with regards to the goals of the two attacks. The first is the same hacker group that is trying to capitalize on the mining of cryptocurrencies on supercomputers. So consider, for example, cybersecurity experts Kodos Security. According to them, this is indicated by similar file names that were used during the attack, and the same network address. But there is another version, it was expressed by the British edition of the Register. The experts who were interviewed journalists believe that the infection could be the cover and actually aim was research in the field of coronavirus, since many supercomputers do now if not finding a cure, as a minimum, calculations that could be in search of this vaccine to help. However, while officially not one of the victims this version is not confirmed.

Well, the news culture. The largest Russian social network “Vkontakte” this year held its traditional festival Fest VK online, it is now quite a usual thing. For “Vkontakte” this festival is an important tradition. It has been held for six years and it usually takes place in the Park of the 300th anniversary of St. Petersburg, where concerts of Russian pop stars going administrators popular communities, bloggers and everyone is welcome of course too. Now it all happens online. There are online lectures from bloggers and scientists with famous people, and of course also online and eSports tournaments, musicals, projectiontion of popular musicians. There is a festival a week, rather than the usual two days.

For our country this is still probably the most massive online event with the start of the quarantine. It was reported that during the first day of broadcast seen by 13 million people. For the second 15 million people. This is comparable to how much is collected online concerts of foreign stars in blockbuster game Fortnite. It is interesting to compare these figures with doverennye views. Last year the stream at VK Fest looked 6 million people – both days of the festival. And now it turns out twice more and every day. And it should be noted that “Vkontakte” changed the traditional date of the festival. Usually it was held in June, and now in may. Probably did it to capture the audience while the majority still sit at home and not gone for the summer. And one more thing. Traditionally, VK Fest, the social network has announced any new products or launched new features.