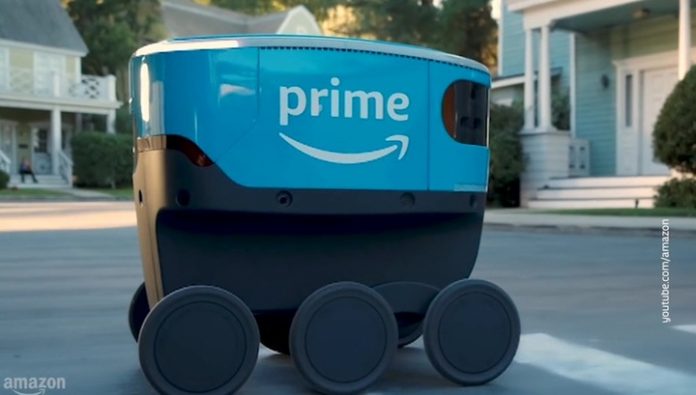 Amazon wants to buy developer machines-drones-Zoox. According to analysts of the Agency Bloomberg, the deal will allow the company to accelerate the automation of business. Delivery still holds a large part of the costs of the online store. In 2012 Amazon had absorbed the manufacturer of the robots Kiva Systems for $775 million Since then, the robotic cart is a fixture in the warehouses of the company in the amount of 200 thousand pieces. To facilitate the system of delivery of goods were unmanned drones, but while the scale of this service is hampered by administrative and legal barriers.

In 2019, Amazon has begun testing a robot to Scout for service in the Seattle area, but it’s still a drop in the sea of the system of delivery of the goods an online store. According to the estimates of the same Bloomberg, by 2025, the company will spend on shipping at least $60 billion a year. And, it seems, the Corporation Jeff Bezos wants through the use of unmanned vehicles Zoox these costs to be reduced. Founded in 2014 startup Zoox originally wanted to create an Autonomous vehicle that would be much more maneuverable than conventional vehicles. Design and development of drones at first was very different from all that exists in the market, for example, in the figures of the machines was not the windshield, the developers were sure that it was safer. However, the first robomobile Zoox left on the city streets was still similar to conventional cars.

Startup managed to get a license to operate Autonomous vehicles on the roads of California and to remain an independent company. All the other startups in the area of technology-driving buying large corporations. The company Otto, for example, bought Uber, Cruise Automation was acquired by General Motors. Ford has invested $1 billion in Agro Al. Intel is also very active in the development of unmanned vehicles and in 2017, has acquired an Israeli startup. All the big brands are preparing to attack a major technology era.

And now some statistics. In RoSMAI fell smartphone sales. According to the research company GfK in comparison with March, drop in April was 42%, compared with April last year – 24%. In MTS and “Beeline” confirmed “Vedomosti” the decline in demand for smartphones due to the closure of salons of communication. The Internet has mitigated the decline, the share of online sales increased by 70% due to the transition of customers to the network during a pandemic coronavirus, but evidence suggests that consumers were more likely to choose cheaper smartphones and indulge in buying the flagship devices. Experts note that the decline in the sales of smartphones is observed in General throughout the world.